East Central London is a broad term that generally refers to the area of London located to the east of the historic City of London and to the west of the River Lea. It includes several neighborhoods, such as Shoreditch, Hoxton, Whitechapel, and Spitalfields, each with its own unique character and history. It typically refers to The Barbican, Tech City, Silicone Roundabout, Moorgate, Shoreditch, and The City

Shoreditch is known for its vibrant street art, trendy bars, and clubs, and is often considered the epicenter of London’s hipster scene. Whitechapel is an area of contrasts, with a rich history of immigration and a diverse population, it is also home to the Royal London Hospital, one of the largest teaching hospitals in the UK. East Central London has seen significant development in recent years, including the construction of large-scale residential and commercial developments, such as the Barbican Estate and the Aldgate Tower. The area has also become a popular destination for tourists, thanks to its proximity to many of London’s top attractions, including the Tower of London, St. Paul’s Cathedral, and the Tate Modern.

Old Street, also known as “Silicon Roundabout” due to its thriving tech industry, is a bustling area in the heart of London’s Central East End. It is located in the London Borough of Hackney and is known for its vibrant nightlife, trendy restaurants, and exciting start-up companies.

Tech City, also known as Silicon Roundabout, is a technology hub located in the Old Street area of London, England. It is centered around the Old Street roundabout and encompasses the surrounding neighborhoods of Shoreditch, Hoxton, and Clerkenwell. The area is home to a large number of technology startups, as well as established technology companies and venture capital firms.

Tech City was officially launched in 2010 by the UK government as a way to promote technology and innovation in the UK, with a focus on encouraging the growth of technology startups in the Old Street area. Since then, the area has become a hub for technology and digital innovation, and it has attracted a large number of startups, entrepreneurs, and investors.

The area is easily accessible by public transportation, with the nearest tube station being Old Street. It’s a bustling area with many coffee shops, restaurants, and pubs, as well as co-working spaces, accelerators and incubators that cater to the startup ecosystem. This has given to the name Tech City and Silicon Roundabout.

Tech City has become a popular destination for those interested in technology and innovation, and it offers a wide range of networking and learning opportunities, as well as access to funding and mentorship for startups. It’s a great place to explore for entrepreneurs, investors and anyone interested in the tech industry.

The City of London

The City of London is a small, historically significant area within Greater London, England. It is often referred to simply as “The City” or “The Square Mile” because of its roughly one square mile size. The City is the historic and financial center of London, and is home to many of the city’s oldest and most important buildings, including St. Paul’s Cathedral and the Tower of London. The City is also home to the London Stock Exchange and the headquarters of many major international banks and corporations. Despite its small size, the City is a major global financial center and is sometimes referred to as the “financial capital of the world.”

The area’s history dates back to the 17th century and was known as Old Street Road. The street was later developed in the 19th century, becoming a bustling hub for businesses and industry.

Old Street Station is a major transportation hub in the area, with trains and buses running regularly to and from the city center. The station is also home to the Museum of London’s archaeology collection, which showcases the history of the area and the city as a whole.

Old Street is also known for its vibrant nightlife, with a variety of bars, clubs, and pubs to choose from. Some of the most popular spots include the Old Street Records Bar, which is a music venue and bar that serves a variety of drinks and cocktails, and The Book Club, which is a trendy bar and club that offers live music, DJ sets, and a rooftop terrace. 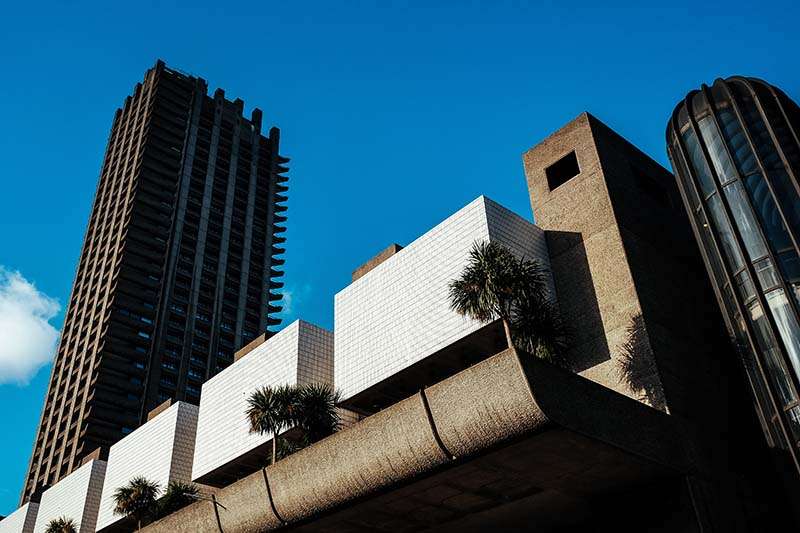 The Barbican is a large-scale residential and commercial development located in the City of London, within the EC postcode area. It is known for its brutalist architecture and is one of the largest examples of this architectural style in Europe. The development was built in the 1960s and 1970s as a response to the postwar housing shortage in London.

The Barbican complex comprises several high-rise apartment buildings, as well as the Barbican Centre, a performing arts venue that hosts theater productions, concerts, and exhibitions. The complex also includes a public park, a lake, and a shopping center.

The Barbican is home to around 4,000 residents, and is considered one of London’s most sought-after addresses, due to its central location and proximity to many of the city’s top attractions. It also offers a wide range of on-site amenities, such as a library, a swimming pool, and a health center.

The Barbican complex was designated as a Grade II listed building in 2001, recognizing its architectural and historical significance. It is considered a prime example of the British brutalist architectural style, known for its exposed concrete and geometrical shapes, and it is often featured in architectural tours. 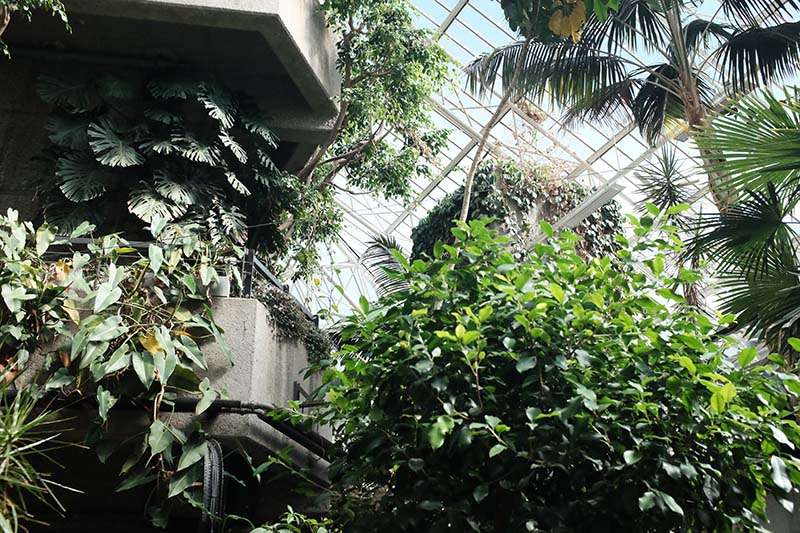 The Conservatory is open to the public on certain days of the week, and it’s a great place to relax and unwind, surrounded by greenery and the sounds of nature. It’s also a popular venue for events and private parties, featuring a unique and exotic setting.

The Barbican Conservatory is a unique and peaceful oasis in the heart of London, it is a great place to visit if you’re looking for a tropical escape within the city. It is also a great place to relax and unwind, surrounded by greenery and natural sounds, which is an unusual find in a city like London. The area around Moorgate has a long history dating back to Roman times, as it was a gate in the old Roman wall that surrounded the city. It has been a significant commercial and financial district since the Middle Ages and is now home to many major banks and financial institutions. Moorgate is also known for its modern architecture, including the iconic “Gherkin” building, officially known as 30 St Mary Axe, which is one of the most recognizable skyscrapers in London. 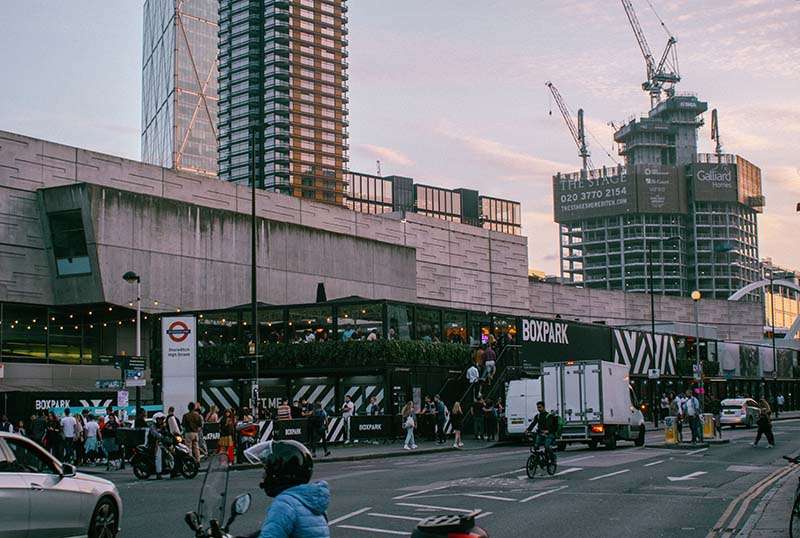 Shoreditch is known for its trendy and vibrant atmosphere. In recent years, Shoreditch has undergone significant redevelopment, including the construction of new residential and commercial developments. There are many trendy and hip places to visit that reflect this. Such as the Boxpark: A pop-up mall made out of shipping containers, featuring a wide range of independent retailers, restaurants, and cafes. Shoreditch has a wide variety of dining options to choose from, some popular ones include:

The Clove Club: A Michelin-starred restaurant, known for its modern British cuisine and innovative dishes.

The Tramshed: A contemporary restaurant inside a converted tram depot, known for its steak and chicken dishes.