Fitzrovia is a charming and vibrant neighborhood located in the heart of London, situated between Marylebone and Bloomsbury. This lively area is known for its rich history, diverse culture, and abundance of high-end shops, restaurants, and bars. With its excellent transport links, Fitzrovia is an ideal location for anyone looking to explore the city and experience all that London has to offer. 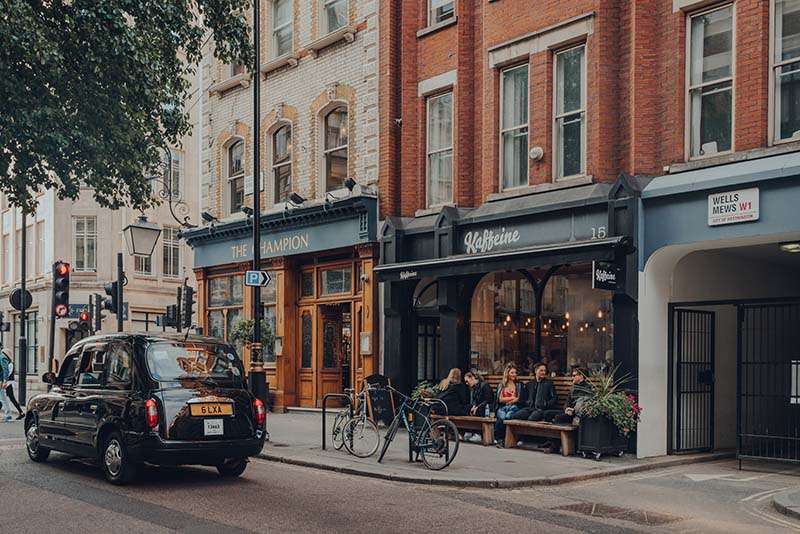 The name Fitzrovia comes from the Fitzroy Tavern, which was a popular meeting place for artists and intellectuals in the early 20th century. The area has a rich history, dating back to the 18th century when it was primarily used for residential and commercial purposes. In the 19th century, Fitzrovia became known as a haven for artists and bohemians, with many famous writers, painters, and musicians calling the area home.

During World War II, Fitzrovia suffered extensive bombing, leading to the redevelopment of the area in the 1950s and 1960s. The redevelopment saw the construction of many new buildings, including the BBC Broadcasting House, which is now one of the most iconic buildings in the area.

Today, Fitzrovia is a bustling neighborhood that is home to a diverse population of residents, students, and tourists. It is known for its lively atmosphere and vibrant culture, making it one of the most sought-after areas to live in London. 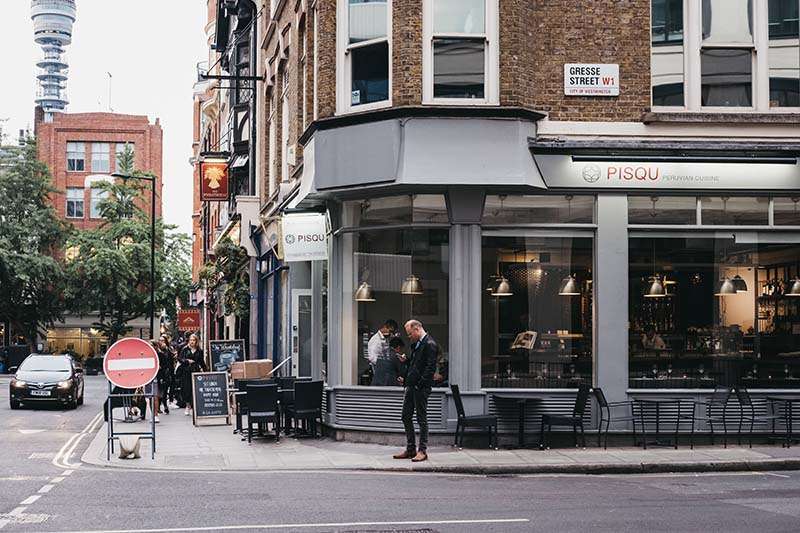 Fitzrovia is a shopper’s paradise, with a wide variety of high-end shops, boutiques, and department stores located in the area. Oxford Street, which is located just a short walk from Fitzrovia, is one of the most popular shopping destinations in London, with a wide range of shops and designer brands.

Fitzrovia is also known for its excellent dining scene, with a wide variety of restaurants and cafes offering delicious food from around the world. The area is particularly famous for its Italian restaurants, with many of them offering traditional Italian dishes and a wide selection of wines.

For those looking for a more casual dining experience, Fitzrovia is home to many pubs and bars. The area is particularly famous for its traditional British pubs, which are known for their cozy atmosphere and delicious food.

Fitzrovia is known for its rich cultural heritage, with many famous artists, writers, and musicians having lived and worked in the area. The area is home to many famous landmarks, including the BBC Broadcasting House, which is one of the most iconic buildings in London. 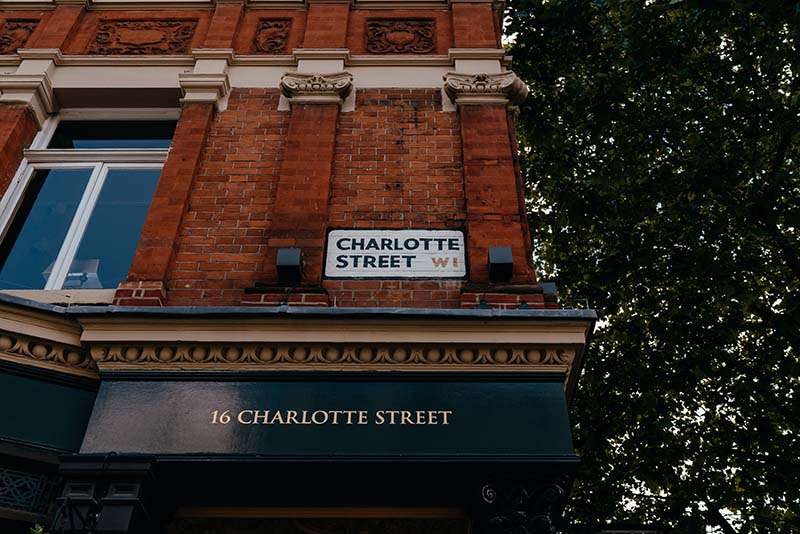 Some of the most popular restaurants on the street include The Charlotte Street Hotel, which serves modern British cuisine and has a rooftop terrace with views over London, and Quo Vadis, which is a traditional British restaurant that has been serving customers since 1926.

The street is also home to many independent shops and boutiques, as well as several art galleries and design studios. Many advertising agencies and media companies are located here, making it a popular spot for those working in the industry.

Charlotte Street is also known for its proximity to other notable areas in London, such as Soho, Oxford Street, and Regent’s Park.

Fitzrovia is well-connected to the rest of London, with excellent transport links to other parts of the city. The area is served by several underground stations, including Warren Street, Great Portland Street, and Oxford Circus, which provide easy access to the rest of London.

There are also several bus routes that run through Fitzrovia, making it easy to get around the area and explore other parts of London. For those looking to travel further afield, Fitzrovia is also well-connected to London’s major airports, including Heathrow and Gatwick.

Fitzrovia is an ideal location for anyone looking to live in London. The area is known for its lively atmosphere and vibrant culture, making it a popular choice for students and young professionals.