Kensington is a historic and affluent neighborhood located in the Royal Borough of Kensington and Chelsea, in West London. Known for its Victorian architecture, beautiful gardens, and high-end shops and restaurants, Kensington is a popular destination for tourists and locals alike.

Places to visit in Kensington

Kensington is a well-known shopping destination in London, known for its high-end and luxury shops, as well as its charming and trendy independent boutiques.

The main shopping area in Kensington is High Street Kensington, which is home to a wide variety of shops. Including designer fashion boutiques, high-end department stores, and popular chain stores. Furthermore, some of the most notable shops near Kensington include Harrods at Knightsbridge, one of the world’s most famous department stores.

Additionally, Kensington is also home to several popular markets, such as the Kensington Arcade. This features a variety of independent shops and boutiques, and the Portobello Road Market. There are also a number of designer fashion outlets and luxury brands such as Gucci, Prada, Jimmy Choo and more.

Overall, Kensington offers a diverse and upscale shopping experience, with something to suit all tastes and budgets. 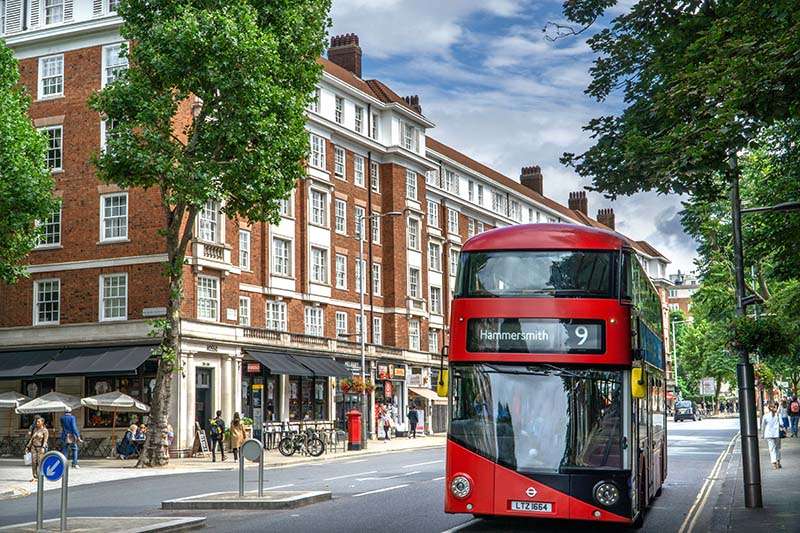 Kensington is known for its diverse and high-end dining options. The area offers a wide variety of cuisines, from traditional British and European to exotic Asian and Middle Eastern.

One of the most popular dining areas in Kensington is Kensington High Street. It is home to many high-end restaurants, cafes, and pubs. Firstly, one of the notable restaurants in this area include The Ledbury. It has been awarded 2 Michelin stars and is known for its modern French cuisine. Additionally, Zuma is another notable restaurant in this area. It is a Japanese restaurant and has been awarded 1 Michelin star. Furthermore, Chucs serves contemporary Italian dishes.

Another, popular dining area in Kensington is Kensington Church Street. It is known for its charming and cozy restaurants, cafes, and pubs. Some of the notable restaurants in this area include The Churchill Arms, which is a traditional British pub and restaurant and The Kensington Kitchen, which serves modern European dishes.

In addition, Kensington also has a diverse range of international cuisines, including Japanese, Chinese, Indian, and Middle Eastern. To illustrate, Rang Mahal is a Michelin-starred Indian restaurant and The Cinnamon Club serves modern Indian cuisine.

In addition to restaurants, Kensington also has a number of casual eateries and cafes, such as the famous Patisserie Valerie and the trendy Daylesford Organic Café.

Kensington offers a wide variety of dining options to suit all tastes and budgets, from high-end restaurants to casual cafes and pubs.

A popular attraction in Kensington is the Science Museum, which is located on Exhibition Road, in South Kensington. Firstly, it is a major museum dedicated to science, technology, engineering, and mathematics. The museum was founded in 1857. It has since grown to become one of the most visited science museums in the world.

The museum is home to a wide variety of interactive exhibits. These include a collection of historic steam engines, a planetarium, and an IMAX theater. Additionally, the museum also has a number of temporary exhibits throughout the year. These cover topics such as space exploration, technology, and medicine. Furthermore, the museum’s collection includes over 300,000 items, including scientific instruments, machinery, and artifacts. Some of the most notable exhibits include the Apollo 10 command module, the first jet engine, and the first computer.

In addition, the museum also has a number of interactive exhibits and activities aimed at encouraging learning and engagement. It provides science for visitors of all ages.

The Victoria and Albert Museum is a must-see, for those interested in art. It is located in the Brompton district of Kensington and Chelsea. The museum is known for its collection of decorative arts and design, including furniture, textiles, and ceramics. Founded in 1852, The Victoria and Albert Museum (V&A) in London is one of the world’s leading museums of art and design.

The V&A has a wide variety of collections, including ceramics, fashion, furniture, glass, metalwork, paintings, photographs, prints, sculptures, and textiles. Additionally, the museum also has a number of special exhibitions throughout the year. These feature work from both historical and contemporary artists and designers. Furthermore, the museum is also well known for its architecture and the building itself is considered an architectural masterpiece. The V&A is open to the public and offers free admission to all visitors. It also offers a variety of tours, lectures, and other educational programs to enhance the visitor’s experience. 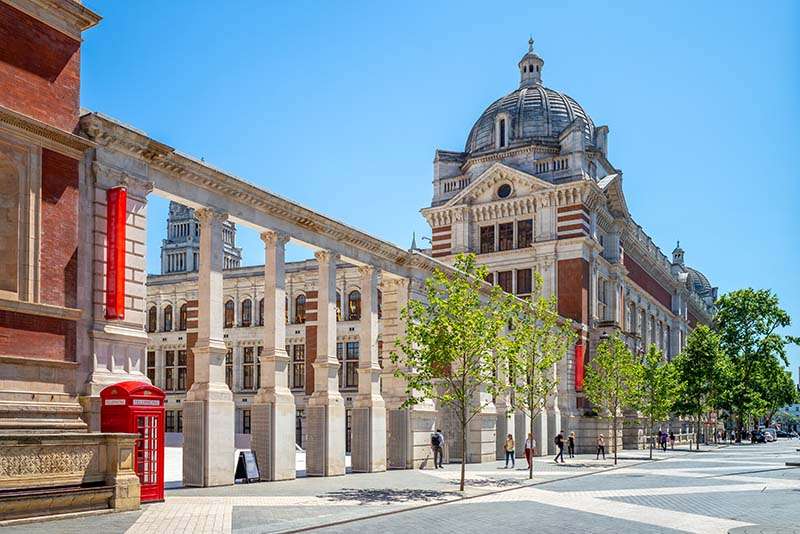 The Imperial War Museum (IWM) in London offers a comprehensive and immersive experience for visitors interested in the history of conflict and its impact on society. Here is a guide to help you make the most of your visit:

The Imperial War Museum (IWM) in London offers a comprehensive and immersive experience for visitors interested in the history of conflict and its impact on society. Here is a guide to help you make the most of your visit:

One of the main attractions in Kensington is Kensington Palace. A royal residence located in Kensington Gardens in the Royal Borough of Kensington and Chelsea in London. It was originally built in the 17th century as a mansion for Sir George Coppin, and was later acquired by King William III and Queen Mary II in the late 17th century.

Visitors can take a tour of the palace and explore the state apartments, which are filled with beautiful paintings and sculptures, as well as historical artifacts from the royal family. The palace also has a beautiful garden, which is open to the public during the summer months. It features exhibits on the history of the palace and the lives of its royal residents, as well as a garden. 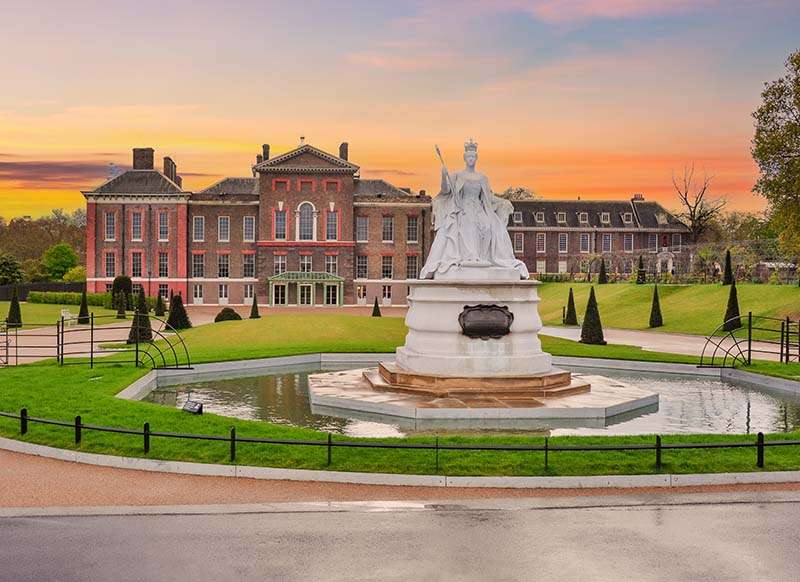 If you’re looking for a little bit of green space and culture, Kensington Gardens is the perfect place for a visit. A stunning and historical park. Furthermore The gardens are home to a number of beautiful gardens and walking paths, as well as a number of statues and sculptures. The famous Albert Memorial is located here, it was built in memory of Prince Albert, the husband of Queen Victoria.

The park is open to the public and offers a variety of things to see and do. Here is a guide to some of the key features of Kensington Gardens:

Overall, Kensington Gardens is a great place to spend an afternoon or day exploring. With a mix of history, art, and natural beauty, there’s something for everyone to enjoy.