Soho is a vibrant and bustling neighborhood located in the heart of London, situated in the West End area between Oxford Street and Regent Street. Known for its lively atmosphere, it is a popular destination for both tourists and locals alike, offering a wide variety of shops, restaurants, bars, and entertainment venues.

The history dates back to the 17th century, when it was a fashionable area for the wealthy. However, by the 19th century, the area had become known for its bohemian culture, with a thriving community of artists and writers. Today, Soho is a melting pot of cultures, with a diverse population of residents and visitors. 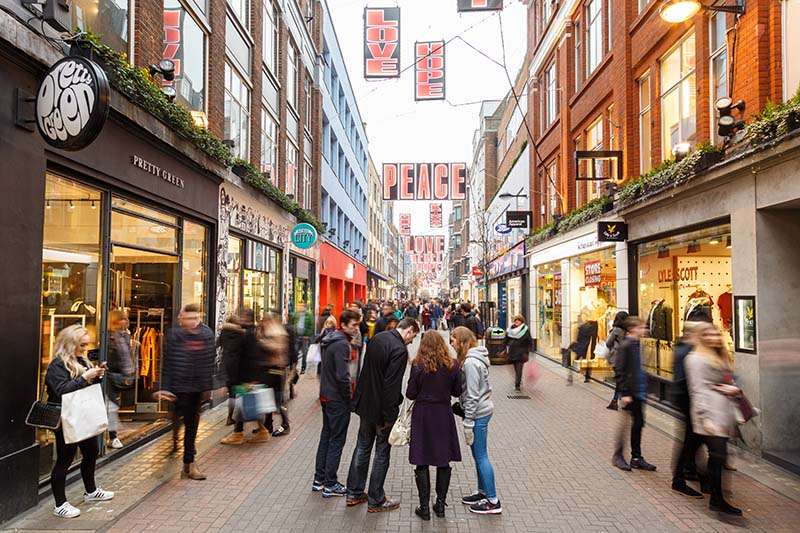 It is home to a wide variety of shops, from high-end designer boutiques to independent retailers. Oxford Street, which runs through the heart, is one of the world’s most famous shopping streets, with a wide range of department stores, including Marks & Spencers.

Carnaby Street is another popular shopping destination, with a mix of independent retailers and well-known brands. The street is known for its stylish boutiques and vintage shops, as well as its street art and colorful storefronts.

For those looking for something a little more unique, the location is also home to a number of independent shops, including vintage clothing stores and art galleries. Berwick Street is a particularly popular destination for independent retailers, with a range of boutiques and vintage shops.

Food and Drink in Soho 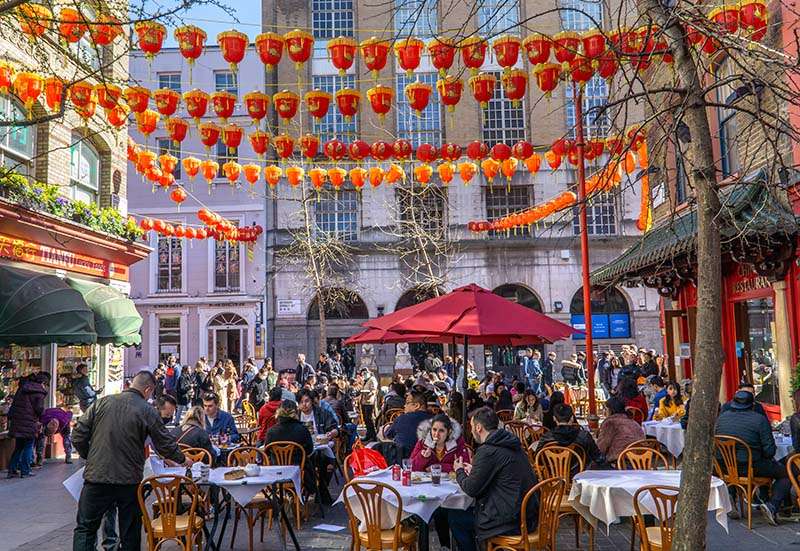 Soho is renowned for its diverse culinary scene, with a wide range of restaurants, cafes, and bars to choose from. Whether you’re in the mood for a quick bite or a fancy meal, Soho has something to offer.

Cafes and Coffee Shops in Soho 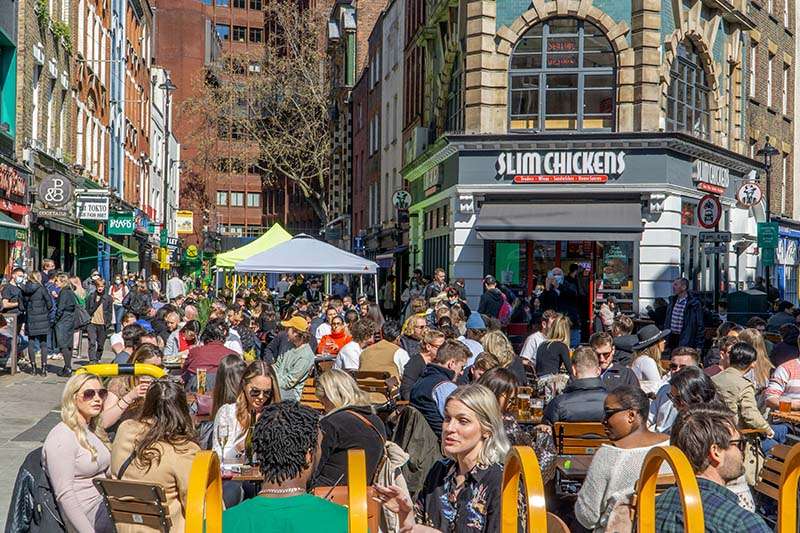 Soho is also home to a number of cafes and coffee shops, making it the perfect place to grab a coffee and relax. Monmouth Coffee Company is a popular destination for coffee lovers, known for its high-quality coffee and friendly staff.

For those looking for something a little sweeter, the district is also home to a number of patisseries and bakeries, including the famous Maison Bertaux, which has been serving delicious pastries and cakes since 1871.

Companies and Businesses in Soho

Soho is home to a wide range of companies and businesses. Some of the most notable types of companies found here include: 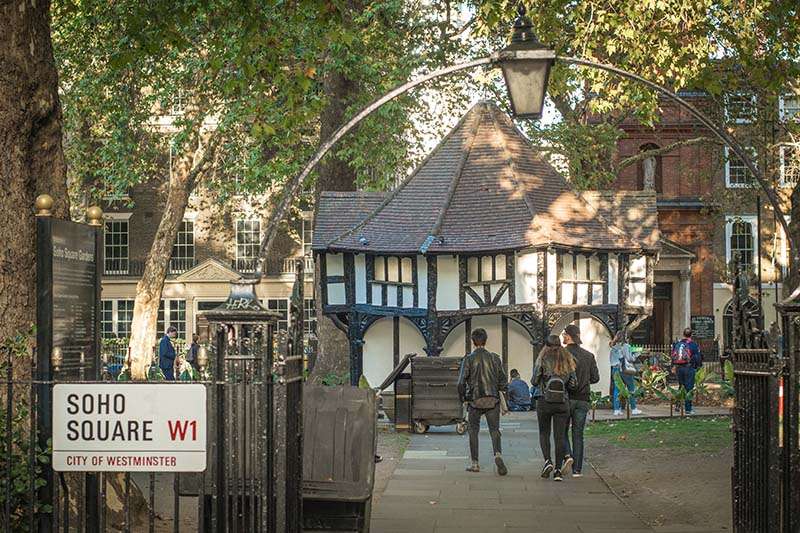 Soho Square was first laid out in the late 17th century and was originally intended as a prestigious residential area. The square has since undergone several changes and has been used for a variety of purposes throughout its history. Today, the square is surrounded by a mix of residential buildings, offices, and shops.

The square features a garden in the center which is open to the public, it’s a popular spot for locals to relax, enjoy the greenery and the fountain in the middle of the square. The garden is also home to a statue of King Charles II, which was erected in the square in the late 17th century.

The location is also known for its vibrant entertainment scene, with a wide range of venues to choose from. The West End, which is home to some of London’s most famous theaters, is located in Soho, including the Palace Theatre, the Apollo Theatre, and the Lyric Theatre.